Indie developers exist in all branches of gaming, not only computer games, although I will focus on computer games for now. If they are not part of a big company, and only are a small studio, they are indie. It’s as basic as this. Now that we have the obvious out of the way, let’s dive in deeper.

Personally, I love cheap games. The gaming hobby can be crazy expensive as is, if you want to keep up with things. I don’t, but if you do, you can get crazy expensive. Looking only at the graphic card crisis going on right now, it’s nuts.

Indie devs have existed ever since computers were invented, that is just common sense, but even now, indie devs exist. You have one man teams like Zeng “FYQD” Xiancheng, who created Bright memory. I am personally a fan of seeing games that I used to love and studios that are still around and seeing their development, like ID software and how they started from Doom, wolfenstein and Commander Keen and to see where they are now. For example, take Castle Crashers. It’s a game developed by a small studio, that anybody who loves wacky humour would love. It’s a beat-em-up game, like those in the heyday of arcade gaming, but done with over the top humour. The one that prompted me to write this article, is guacamelee!, a metroidvania game, with in my opinion, a great story and design. What I particularly love, and what triple A games are often held back by, is that guacamelee! doesn’t take itself seriously, and that gives a lot of freedom. It doesn’t shy away from referencing other games, giving a subtle nod to other indie devs, or nods to other platformers, as there is a huge reference to Super Mario early in the first guacamelee! game for those that know the classic way of defeating bowser and the “princess is in another castle” line. When I saw it I laughed so hard, because it was so recognizable.

I think growing up poor, worked to my advantage here, as the budget games, where mostly developed by indies, even in the ps2 era and earlier. Alien Hominid, also by The behemoth, the developers behind castle crashers, was hard as hell, the super meatboy of it’s day, in the time that Nintendo hard games were slowly fading away, and even today are not that much of a thing anymore, although those that are developed have a cult following.

Every triple A studio now, once started as an indie dev, and most forgot their roots in taking risks and developing games that were fun to play, and not only experiences to make money from. When I started gaming at the start of the 90’s, gaming was new and nerdy. Games were often only a couple hours long and still… those are the most fun experiences that I still go back to. Games like Sonic, Mario, metroid-like games, fighter games like Tekken,… all for me, have their roots back in the early 90’s when I got to know them and still love.

I think, and most people have to admit it, that the best experiences anywhere, are created by people that love what they do. Those that are really passionate of something, and really are in it to make what they want, show a passion that is hard to beat, and one that will never feel bland. Which games will we talk about in 20 years time? Will it be the big triple A games? Some we will talk about sure, but we will really talk about those little experiences that created such a fond memory. Those that really gave us a challenge or showed us something new. Pubg, for example, started a whole new genre and was developed by one guy as a mod. Same thing for Moba’s. I could give countless examples of how indie devs and small teams created the experiences in gaming that we still treasure today, and something we might never forget.

Indie devs deserve our love, because they dare to push the industry in new directions and without them, it would grow stale as the 100th installment of Call of Duty or the 100th Fifa yearly release is pushed upon us with almost no innovation. Which installments of these do we remember? The ones that broke the mold and tried something new, like an indie mindset.

If you know an indie developer, show them some love. 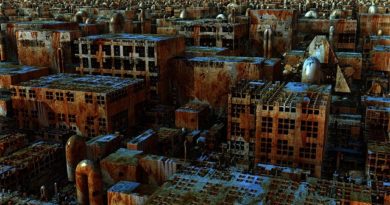 We are living in a dystopia.