Did I tell you already I tried to commit suicide once? No, this isn’t going to be that kind of article. Absolutely not. This is the start of a journey. How I raised from the ashes and became a new person. Sort off.

The police plucked me of the train tracks. Put me in a cell for an hour I think, and then escorted me to a psychiatric ward. Well, that was actually the best scenario that could have happened.

I spent there a month and a few weeks with only a few bags. I had clothes, food a bed, a closet and a few of my books. My cellphone was confiscated from 9 pm to 2 pm (so I only got my cellphone for 7 hours each day). I didn’t have 3G or 4G at the time and there was a computer, but you only had access to it for a few minutes each day. So I was isolated from the internet.

You have to know me before. I never moved. I used to live in my parents house, until my mom kicked me out late 2016 with a court order. (Actually I don’t care, it gave me time and opportunity to break the abusive relationship).

The time in the psychiatric ward wasn’t ill spend. I got time to think. Think about my life, myself, me, my friends… everything. When I got out, I went back home again at the start of 2015 to live with my sister at my parents house (my mom lived with my stepdad) until my sister was kicked out and I went back in the house (I lived in the shed at the back of the house, my dad’s old toolshed, it had no toilet, no bathroom. I was allowed to go to the toilet in the house, but for the rest, I was banished to my shed, by my sister. To give you an idea what kind of family I have). But I was happy. I only had a few possessions and I was happy. When I moved back in after my sister was kicked out of the house, I had only moved a few of my possession back from my former friends house (where I stayed after my former girlfriend kicked me out, after I had moved with her to an appartment, after my mom kicked us both out together in 2014… are you still following?)

So to recap: I only had a fraction of my former possessions. My bookcollection of 300+ books was left behind, I still had a few books, but not much. I only had my most treasured possessions. Then the news came, that my mom was going to throw me and my new girlfriend out of the house again, and I had to move again.

In therapy, on my own, by myself, I had come to a realisation. I was living there, with only a fraction of the fraction of my possessions, and I was perfectly content. I didn’t need all what I had.

Even now, that I live with the parents of my girlfriend, I only have a few possessions out of the boxes we packed, and I’m perfectly content. I know, at the back of my mind, that I still have the other possessions sitting in the garage, and I wouldn’t throw them out (yet…) but I don’t really need them. I have my most treasured possessions with me already. The things I use most often.

That was my realisation: Do I need all the stuff that I possess? And the answer was a big fat NO. Do you really, really need all the possessions you own? 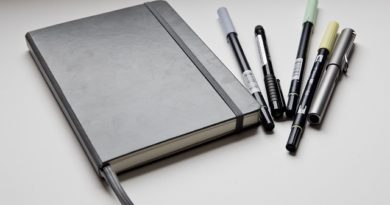 How I plan to organize