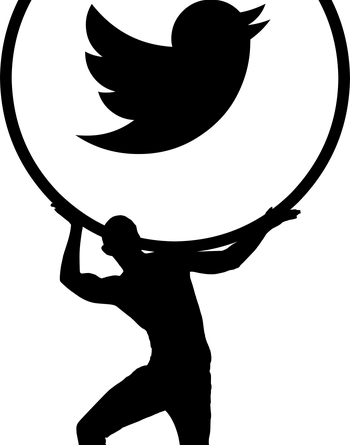 This is a first to me. I have been called not autistic before, but never got a term for it.

A woman, or how she wants to identify herself, just called me and “my cult” a twittertistic.

Apparantly because I don’t bang my head against the wall, don’t smear my feces on the wall or don’t wear diapers anymore I’m not autistic enough and I take up valuable space in the autistic narrative reserved for autism mommies like the one that called me twittertistic.

I am apparantly one of those that “claim” to be autistic, but have enough ability to type on twitter.

She hasn’t seen me, in the period before my 18 when I would hardly ever watch anybody in the eyes. I would wear caps so I didn’t have to look you in the eyes. Now, I occassionally do look people in the eye and nod to wish them a good day and acknowledge their existence, the same way in olden days people would tip their hat.

I learned to smile when I asked questions and acknowledge that it must be difficult for them to do a certain thing I was asking. I also learned that it is a good thing to say “take your time” when a shopkeeper is doing something, but they acknowledge that you are there by saying something like “this will only take another minute” or “I’ll be right there”.

I have learned to use my intellect to read peopel around me, to learn social cues, to learn all these things. It took me decades to be able to do so. DECADES.

I understand that the lady in question is a mother. I also understand that her son is disabled. But this is not a contest. I am also disabled. I just don’t smear my feces on the wall or bang my head. Although she doesn’t see me when I do shutdown and am unable to move, or when I am about to shutdown when I am only able to comment in grunts or need to type something to my girlfriend so she can be my vocal cords.

In her eyes I might only be a twittertistic, but on my diagnose it clearly says Autistic, and I am damn proud of it.

Buy me a coffee


Every post is written first in scrivener 3, which you can get a 30 day free trial of here at literature and latte.

To Sherlock or not to Sherlock