I have been working on a theory on how people learn for a while now. I have been fascinated by the process, ever since I read about it first. To me, the logic behind the standard IQ test is baffling as if we all live on a one line. This is why I love the spectrum idea of autism: All autistics are autistics, but we have all difficulties in other areas and some very similar to eachother. Essentially our brains work the same and yet so different.

Explaining learning fascinates me, because so many have tried, and nobody has completely succeeded so far. I have a book about it that I still need to finish, but up until then, will this be my thoughts on the matter.

There are the 4 stages of competence that are of interest. These stages have been attributed to Abraham Maslow although they don’t appear in any of his major works.

I now made you aware that you know a toilet, but can’t explain it to me. This made you concious of the fact that you don’t know. Concious incompetence is exactly this. You have read about a subject, you have the gist of it, but you know now that there is a lot you don’t know yet. You still need to learn a lot more. For example: When you start to program. You have learned about the different programming languages and you know about a compiler and some other basic stuff, but you don’t know the syntax of the language yet. Back to the toilet: you know how it flushes, but you don’t know the forces at work or how it does things. You can also go so far as to want to learn the history of the toilet and become a master of the subject.

You can program now, but you still need to think and reason your way through. (this analogy is going to bite me in the ass, as all programmers need to reason to some degree). Let’s use a spoon as a reference then. We have all learned to eat with utensils at some point. So to go through the stages as a recap: Unconcious competence: You don’t know there is a spoon and slurp your soup (or try to eat it with your hands. Concious incompetence: You now know what a spoon is, but you are still learning to use it. You are being fed. You observe the people around you how they use their spoons and probably are fascinated by it. You follow their spoons with your eyes. Concious competence is what this toddler demonstrates. I like to teach by visual material, so this is the perfect video. He knows what a spoon is, he knows how to use it, but doing so requires great concentration. He is still slow at it.

To use the spoon example again: you can eat anything with a spoon without spilling (I still can’t. I think this is a family trait.) You have mastered eating with a spoon.

During my explanation of the stages of competence I have also explained another theory, not by skinner, but another. Skinner is the one where ABA is based of off. A very old theory, on which even modern ABA, thanks to Lovaas is still based.

I just learned that Albert Bandura’s theory of social learning is a direct result of a criticism offered by Noam Chomsky. His criticism is that  Skinner’s theory doesn’t explain how language is learned, which is not learned purely by stimulus-response.

The Skinner theory works like this: Stimulus and response. You prompt the subject with something and the subject will do something. You can see already why this is lacking. Bandura’s theory is different: There is input. There is a thought process (or mediational process) and there is a response or behaviour. According to Bandura there are 4 mediational processes: Attention, Retention, Reproduction and Motivation. You can read more here.

Skinner’s theory is purely based on behaviour. Bandura’s theory explains how humans learn better and if you take Wendy Lawson’s theory in consideration (explained in “the passionate mind: how autistics learn”) then this could explain why autistics learn slower.

Wendy’s theory is that autistics can only do one thing at a time. For example: from my own experience, I read. And I only read at that moment. I put on music, but don’t tell me what song I’m listening to, because I won’t know. This is why during reading, I mostly play electronic music that is very dull sounding and has no lyrics, because once I become concious of the lyrics, I can’t read anymore. (Classical music works perfectly for this too). To go further in our social learning theory. Retention is also an unconcious thing, but requires time. This is why mostly after reading, I have to do something that takes my mind of the reading. Mostly reflecting or doing something completely different (especially if I have been reading non-fiction. With fiction I can do things much faster). The fun thing with fiction is, depending on how it is written, I can make images and I can read more books through eachother and can pick up any of them, because I have these images of what happened before. This is why lord of the rings is so difficult for me to read, as it centers more on which language is used instead of creating images. A writer therefore is a painter with words.

If you now know that there are 4 mental stages required before you can output anything (verbally or by behaviour) you now know why autistics learn slower, and why using ABA on autistics is harmful and can damage their self-perception. I speak for myself at the moment and I notice that I can only do one thing. Like pay attention to this or listen to the music in the background, I can’t do both. Another example: I can watch a tv series and eat at the same time, but I will have to rewatch the episode again if I want to know what was being said, as I can’t do these things at the same time.

Another example: during my trainee period (and this is something I have learned now is what more autistics do) is when I got verbal instructions on how something worked, I wrote them down, in steps. So I had the instructions printed, so I could refer to them over and over again, and made notes where I forgot something (in another color) so the most times I had to ask something was 3 or 4, depending on where I forgot something. But after I know the process and it is written down properly, I can work in peace and don’t need any instructions anymore. The fun thing is, is that once I have memorized them, I can come back years after, and if you still work with the same processess, I can begon working in your company immediatly without any further instructions. I will still have them memorized.

Autistic learning is different in the sense that 1. We need more time to process between steps and 2. We can only do one thing at a time. So transitioning between things is difficult for us because we are still processing the thing. Maybe this is why we have such difficulty with change. Change means that we have to learn something completely again. Starting from scratch.

I hope this article has been informative, as this is just my opinion (based on science i’ve read, but this hasn’t been objectively tested. I would love to know opinions of professsionals on this though). 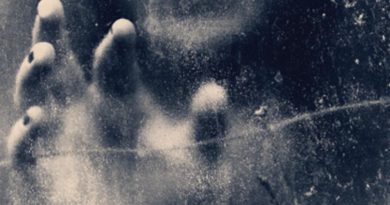 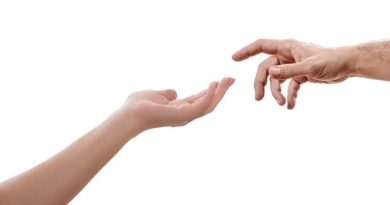 No time to die