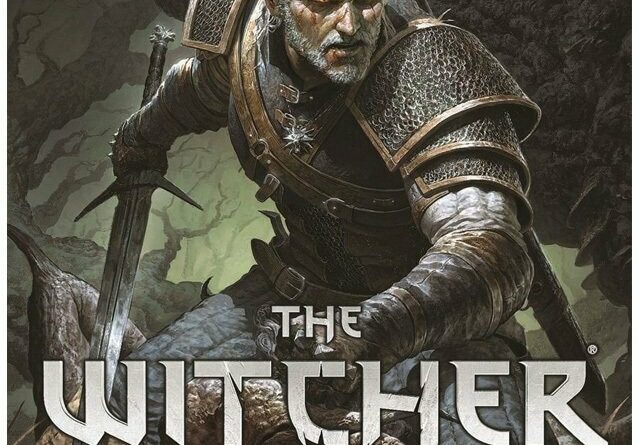 The witcher by now is a worldwide phenomenon. Everybody, even if you lived under a rock, knows the games by now, might have even seen the netflix series or the animé. Sadly, lesser known is the tabletop rpg. I got the privilege thanks to R.Talsorian games, to take a look at the books and give you my opinion on them.

The tabletop rpg is set between games 2 and 3 of CD Project Red who co-developed the tabletop rpg, together with R.Talsorian games, better known for their Cyberpunk RPG. If you loved the games, then it’s an easy transfer over to the world of tabletop.

You can create any character you want, sadly though, you can not play as a more monstrous character yet, for example, a vampire, or a Dragon that can shapeshift to human form, like the golden dragon, although there are rules to give both a vampire and a dragon a life path, so it wouldn’t be to hard to give them a human form to play as and a draconic or vampire life path to follow.

That is the beauty of a tabletop RPG, you only have to imagine it, and with a bit of creativity, you can make it so. Thanks to the close collaboration of R.Talsorian and CDPR, the mechanics of the games, are brought to an easy to use mechanic in the game as well, all your favourite potions have recipes so you can gather your own material for them and brew them to your heart’s content. You can travel accross the whole of the continent and have great adventures and thanks to the extra bestiary in the form of a former witcher’s notebook,aptly called “A witcher’s journal”, you get more information on the witcher’s of old and extra Witcher schools, like those of the manticore, in which you can create your own witcher.

In the book, you get the stats for all your favourite characters, Geralt, Yennefer, Triss, all of them are presented. So you can dive right into your favourite adventures with them, although it’s much more fun to create your own witcher (might I suggest a female one?).

The core book gives you all the information you need, everything from what all the kingdoms on the continent stand for, to a starting adventure are present in this one, and just for this, is an excellent read. Also, and far less attention is given to this in most reviews, the artwork. The artwork in this book is of top quality and you will spend minutes watching it and enjoying it (Roach on the roof!!!).

R. Talsorian games has also released a Book of tales, where Dandelion (Jaskier) gives you epic tales to start adventuring with, that could form a complete campaign if you wanted to, and even gives you npc’s and new monsters to play with.

One thing that bugged me as a beginning dm, when I first got the book, was that the Continent wasn’t put in hex form or that there weren’t any measurements explaining how far everything was, but as a more experienced dm, and having read the source books, that is completely unnecessary in hindsight. Even in the source material sometimes destinations were reached much faster than in other occasions.

If you like the world of the witcher, and want to set foot on the continent yourself with your friends (and now the holiday season gives an awesome excuse to do so), I highly recommend you pick up a copy of the books.

Might I also suggest as a final note, that Q-workshop has released dice for each major character, and even a set of essential dice for this ttrpg? (the essential dice are 10 and 6 sided dice. The 6 sides are each adorned with an emblem for each witcher school, so for dice goblins, don’t hesitate to purchase.