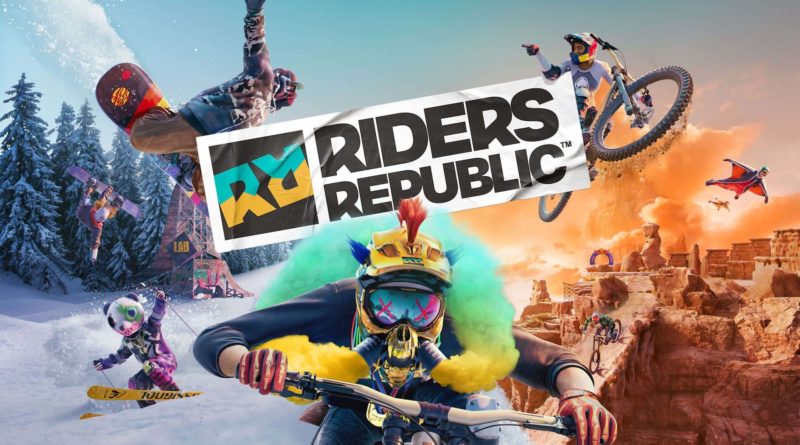 Riders republic is the new extreme sports game by Ubisoft and you can not help to draw the comparison with their previous franchises.

When I first watched the E3 trailer, I knew I had to play Riders Republic and was eagerly awaiting the release of it. I played the béta, I played the week before launch and got a review code thanks to the awesome Ubisoft PR crew. I took my bike out of the shed and rode the hell out of it (there was only a little bit of hell in it though).

The game has a good balance between over the top and just plain fun. Where Steep had more of a serious tone, although you could get silly costumes, Riders republic completely throws serious out of the boat and goes with zany. From the presentation, to the characters that talk to you, to the overall things you can find in the game. The things you find in this game… Come on! A kite folded from a cardboard, that doubles as a wingsuit… An icecream cart bike… a pizza delivery bike… and you don’t only race them on the gigantic map, but you can do events with them too! The zaniness doesn’t stop with just the things you ride. You can give your character an outfit and put them in a giraffe costume for example. The outfits themselves don’t have stats, and are cosmetic only. Those are the only things you can buy from the store with in-game earned money or special credits you buy (as in all of the games).

Talking about the map… the map is massive. I must tell you that it isn’t possible to explore everything in the time since release, as it is that huge. Lot’s of things to find, like the kite I told you about in the earlier paragraph.

As I told you in my opening sentence, you can not help to draw comparison between Steep and The crew 2. The crew 2 is largely because of the gear you can collect. You get a lot of different things of the same class, like bikes, but you will get those with higher stats all the time as rewards for events you do.

What is fun is the different modes you can play in. You have the trickster mode, that gives you more freedom to do tricks, but doesn’t help you to land them. And you get racer mode, that is perfect for… yeah, you guessed it, but gives you help in the tricks department. Great for those that just want to focus on racing, but don’t need to fall every four seconds because you landed bad. Also: you can switch at any time, so if you go in a more tricks-focused event, you go all loki (trickster god) and switch over to trickster mode and get a bonus to your tricks (because it’s more difficult to land and you have more manual control over your spin and such, your score bonus is higher), while when you need speed (think the flash) you will be best in racer mode and don’t have to think about falling all that much (although it will happen sometimes).

The game is fun to play overall, but what bugs me is that the camera is a bit whonky every once in a while. There are stunts parkours you can do, that require a lot of finess and fine steering and there are very narrow pieces in them behind turns. Sometimes (read most of the times) when you do these parkours you have to stop to adjust the camera and it really takes you out of the flow of the parkour… which are also timed, so you lose precious time.

I have spend most of my time on a bike in the game, but I have experienced all of the sports up to a certain level and there isn’t one that I would say is really bad to play, maybe a bit irritating due to the camera, and I found only one, that is the stunt parkours. One of the things I can not get tired off is the vertical start with the rocket wing… gives you Iron man vibes. They really need to partner up with Marvel and make an iron man suit. Do it Ubisoft. We know you can do it!

One of the things I think are really off is the speeds in this game. Doing 80 km/h on a bike? I don’t believe that is even possible. I googled. The fastest anyone can go on a downhill is 130 km/h , but on flat terrain it is only 41km/h, and even on rocky terrain uphill sometimes you are doing more than 41km/h (and that is for a pro-cyclist and I don’t think you are meant to be a pro-cyclist in the game.

What is also has in common with The crew 2 is that it is a smash-all of all the big American sights and spots and puts them all in a condensed map, for you to explore and learn about.

Overall the game is just fun and zany, but small things like the speed (the meter) and the camera, might bug you out, but the game is just so fun even with these small things. If you like extreme sports games, of which there are way to little lately, you need to pick this one up, even though it isn’t a perfect game, but what game is lately? It certainly is playable and can net you a lot of fun. 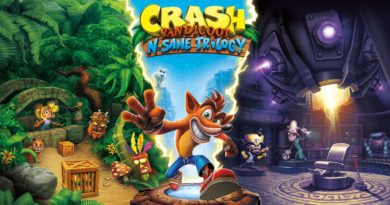 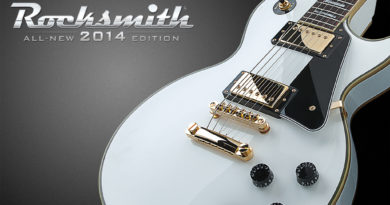 Rocksmith (or how I dusted off my guitar)