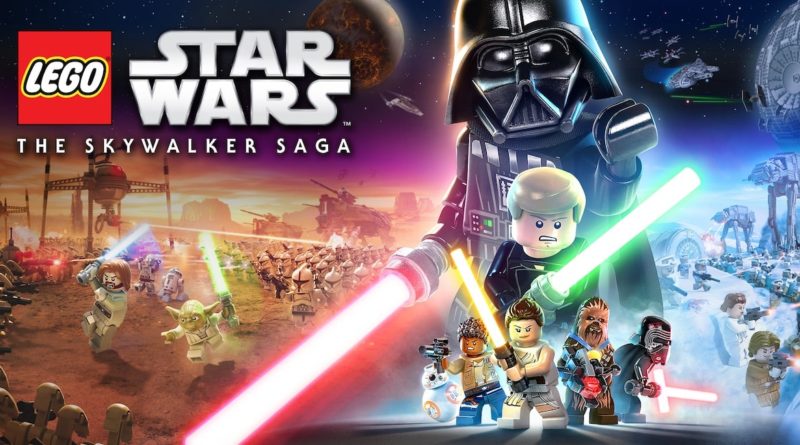 Yes, I am not the core audience of this game, I know. I grew up with Lego. If you didn’t you lived under a rock somewhere, I think (or didn’t grow up in a western country). Star wars is the same thing. Who doesn’t know the jedi and the sith? Luke Skywalker on Tatooine? Anakin Skywalker and Padmé Amidala?

I never was a big fan of the Lego games to be honest, as I didn’t like the gibberish they were talking and when they were released, I was already past the target audience and playing other titles, like Tekken and Tomb raider in the beginning of the 2000’s.

I got Lego Indiana Jones bundled together with my Xbox 360 back in the days and enjoyed it, but like I said, the gibberish voices threw me off, but I loved the silly humour that they put in at the right appropriate places. I watched the Lego movies and enjoyed them, as they had the same puns and silly humour, so I had to give this game a shot and was happy when I was given the opportunity to review this game.

Like I said, I am not the target audience, but the game is fun to play either way. If you watched the movies, revisiting the set pieces in the Lego universe is just plain fun. The jokes are fantastic, even for someone older like me. The gameplay is easy, as it’s aimed for a younger audience, but still fun, for old-timers like me, who just want to kick back and relax and play something light in between their Elden Rings and other titles.

What you get out of the game is massive. You get all 9 main movies to play through and each will take you a couple of hours if you just stick to the main missions and way, way, way more if you want to 100 procent them, as they all filled to the brim with things to collect, side missions, puzzles. You won’t get bored with this one.

As you know, I’m not a big graphics person, I don’t care if a game has bad graphics, as long as the gameplay itself is enjoyable and fun to play. This game is just that, fun to play. The controls are smooth and the story is phenomenal, but the graphics are there as well. It’s fun to see how the Lego look scuffed and the attention to details from the Lego Movie made it into this as well, as the figurines will now grimace if you shoot them, giving them facial expressions. They will hop around when they are shot in the leg and other such expressions. The characters are given jokes as well, pointing to other works the original actors have done, for example when Qui-gon Jinn portrayed by Liam Neeson goes to an interactable object he says the line “I have a particular set of skills” making a reference to the Taken franchise. A joke like this will fly past a young kid, but a parent playing with them or just watching, will get a chuckle out of it.

What I love is that the game asks you to play a level multiple times, first just in story mode, but afterwards in free-roam, so you can get all the puzzles and collectibles and side-missions as I am sure you won’t get them done all in one go.

This is a collector’s heaven as so much things are there to collect, from the hundreds of figurines to the dozens of ships and such things, it will keep you busy for hours and hours. And to be completely honest, it’s not only fun for kids, but adults will love it as well, as we grew up with the original games (although I didn’t play them) and would love to revisit them in this collected sage that does the franchise justice and did a remarkable job. 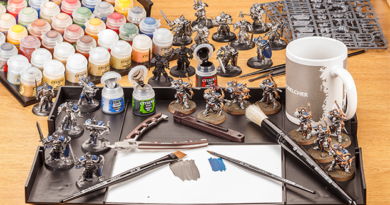 Painting miniatures as an Adhd’er/Autistic

Assassin’s creed and the animus