I know i have a very dystopian view on society. I had it since i was 16, since i started to think over my life up until then. You might think that it is pessimistic, that it is grounded in a dark view of society. I rather see it in an honest view of society, because i don’t like to be told how to think, or buy by society

Most of the things I picked up came from emulating others… otherwise I would still be that blank slate. I learned and stole mannerisms and ideas and clothing styles with my eyes, from people i looked up to.

The first people i looked up to, was my sisters, so I tried to be with them as much as possible, tried to see and hear what interested them. It was the 90’s and boysbands didn’t interest me much, although I still like the occassional song. Backstreet back for example. They were into heavy thumping music, with a very repetitive rhytm. Hardcore. Cd’s by thunderdome were played regularly in their room. I liked the ones with the funny texts, happy hardcore.

I tried to emulate them well into my teens when I was the only “gabber” as they called people who were dressed like me. Skaters were the opposite group. Long hair, to my short hair, baggy trousers almost showing their complete boxers, to my “tight” jeans.

I switched over… when that fad was over and i was relentlesly ridiculed for my long hair.

Everything changed for me, when I watched the matrix. Still one of my favourite movies. It,must have been in me the whole time already. My parents divorce must have been played a big role as well, as it made me a loner as well. I, as I have said before, was one of the few with divorced parents. The brainwashing by my mom starting to lose its grip.

I moved the matrix. I don’t think there is a documentary in the world about the matrix in english that i haven’t watched. I started to,read philosophy, started to love the brain-in-a-vat-theory, as i now love the simulation-theory.

I loved philosophy, eventually also started reading psychology and became more me. Became less like everyone else. I was the weird kid, in a long black coat. I wasn’t gothic. I was a loner. I wasn’t and didn’t try to be anymore, like anyone else.

Don’t get me wrong. I’m not a dull, pessimistic person to live with. I just accepted me more, accepted how society works more. I still don’t like society, but if i were to be angry all the time, i would become the hermit again i once was. 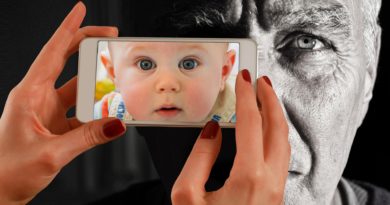