I have had an account on Twitter for a while, but have now been using it to communicate about “For Siri” with other autistic advocates, and here will be an update on the whole controversy.

If you have been living under a rock, or don’t know what I am talking about, here’s the whole thing in a nutshell.

Judith Newman has written a book “To siri with love” about her son Gus, without his consent. I could look beyond the no consent thing, if it was a loving tribute to her autistic son, but it isn’t. It’s an ableistic book (as you can see from my analysis here.)

Amythest Schaber, the creator of the “Ask an autistic” video series and autistic activist, has been referenced in this book  as a “manic pixie dream girl”. It was pointed out to Amythest and they tweeted the author, whom dismissed the critic and gave a fauxpology. This is when Amythest decided to start the #Boycottosiri. they retweeted my analysis (of which I am very greatful) and they later made a video about the boycott.

So basically, she used “autism” and her son, as a prop  to sell more books, as autism itself is a hot topic at the moment. So she not only abused her son, but she used him as a gimmick.

Off course, autistics started to go against it, but it’s been and still is (as the fight isn’t over) an uphill struggle. Positive reviews of the book pour in on Amazon.

My girlfriend is also reading the book, and is going to review it in Dutch.

My opinion of this book is as follows (if you didn’t get it out of the analysis): Everybody who likes this book and endorses it, it basically anti-autistic and hates us. They love the parent-narrative of the book, but hate autistics as we are portrayed in the book as something negative and unlovable. I have tried to go into the book with an objective mind, but couldn’t even get past the intro without having to supress the feeling of throwing the book accross the room. To be honest, I had to take frequent breaks during reading, and read a lot of passages to my girlfriend to get her opinion, and she concurred with my point of view: this book is awful.

Open letters and other commentaries are appearing more and more. Here is a great example by Autisticzebra (To Judith with love…or maybe not (title for future reference in case the link is broken).

Also here is a great one on crippledschollar.com aptly titled: Dear Judith, I’m writing this for you, because you didn’t write for me.

an excerpt of the many positive reviews on Amazon show what is wrong with acceptance in America and the world: “Judith seamlessly weaves in solid facts enough to make me feel well informed about many facets of “the fastest growing developmental disability in the world,” one that affects not only my friend Gus but a good and ever-increasing chunk of our fellow U.S. and world citizens.

I want to live in a world where the Guses among us are understood and appreciated for who they are, and are accordingly well cared for. This book is an entertaining gateway toward helping create that world. I loved it.”

And how little is known about our world. We are not understood or appreciated, not even by our own parents (in the case of Gus). And if this book makes you feel well-informed, you need other books. Desperately.

On amazon there are 68 procent of good reviews are 5 star reviews.  (on 128 reviews currently), which is a sharp contrast to the reviews on goodreads: 694 ratings , 26 percent are 5 star, while 33 percent are 1 star.

I don’t get why so many people have read that book and didn’t pick up on the abuse and blatant ableism in it.

The message that accompanies most of the outcry over this is that autistics are fed up with being talked over or being talked for. We can honestly to God (or whatever fictional deity you prefer) say that we are capable of writing. Even your non-verbal brethren can write better about their life than any allistic (non-autism muggle) can. We speak for all autistics, not just us. We also speak for your child, so he may have a better future. 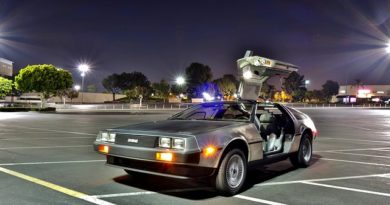 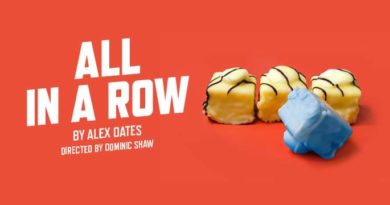 Puppetgate: It doesn’t seem to stop…