(Every cube is one paragraph)

He was on the plane back home. He didn’t like sitting in close proximity next to somebody, but here he had no choice. He loved to be free, and here he was confined to a small space. He didn’t like the single-serving thing either. He didn’t talk to the people next to him, because he didn’t like the single-serving friend thing. He liked to make lasting contacts, in an open space, like a business center, making real lasting contacts. It was true. His wife had told him that “you never know whom you might sit next to”, but what did they have for an IT-guy like him?

He was on his way back home, from fishing, with is dad. He didn’t like to fish, but that was the only way that he could stand his dad. Not talking much, while trying to catch a fish. His dad was more tolerable this way as well. They only talked about things that mattered. His father had asked him: “Thomas, how are the kids these days?” and he had to confess that he didn’t know. He hadn’t seen his kids in quite a while. After the divorce he had lost contact. Not because he didn’t want to see the kids, but because he wasn’t allowed. By her.

Every morning, when he went to his office, he had to pass by a fountain. A nice fountain. He would pass it today as well, when he got of the plane. He was thinking about the work he still had to do, before the meeting. He had to take the clients file, read up what he had to do, and find out what needed to be done, so he could discuss an action plan with the client. His secretary, whom his wife thought he had an affair with, a very nice 25 year old, had made the file in his abscence, so he only needed to brush up on it, before the meeting. His office was in a nice victorian brownstone, with large rooms. The meeting room was with sofa’s before the fireplace, so the clients got a nice comfortable feeling while they were talking.

He was calculating. He had 30 minutes of flight-time left, bagage pick-up lasted a while as well. Waiting for a cab. It all added up and he only had less then 2 hours left before the client would come. Thomas really hoped that he would be on time. He was sweating a bit. He was more of a field guy. He loved social engineering, but didn’t like the taking on clients bit, that what’s the secretary was for. That was her job. She would welcome the clients, ask them about their problem, see what needed to be done and compile that into a file, so the only thing Thomas still needed to do, was only establish the steps that would be taken (always the same, but adapted a bit to the building and staff). He would ask the client to not tell anybody and have him sign a confidentiality agreement that he would sign as well, so it was binding. There would be nothing leaked about the security of the company.

He didn’t like putting on a mask. He didn’t like to pretend that he was more sociable than he actually was. Only for social engineering he liked acting, because he defined his roles, not the other way around. Now he had to play the suave businessleader, while he wasn’t suave, he didn’t have the skills to be a great businessleader. He was just very, very good at his job. When he was younger, he used to ride the bus for free, because he had asked the right set of questions from the busdriver. He had memorized the grid of the bus he had needed to take, had found empty buspasses in the garbage at the busdepot and had bought a printer that was the same make and model as they used in the busses themselves, so he always printed up a one way ticket for both ways and he could ride the bus for free.

In his office he went over the things that he wanted to say. The things that he needed to address were put on his to address list, that he would take with him while seeing the client, with arrows, so he certainly didn’t forget them. He really needed to make certain points. He wouldn’t ask for certain personel files, like his colleagues sometimes did, so he didn’t have a clue whom would work there or how he would get in. He wouldn’t ask for clothing or a badge from the company. He would go in completely blank. He loved the challenge, the thrill. He would get in, but as his contract said, he didn’t know how long it would take him, and would put everything in a diary, so the client could follow day by day for what they were paying him.

The file was neatly put in front of his desk chair on his desk. He didn’t like to know which company, so his secretary, Maddy, only put on a number. 14732. She also e-mailed the number to the client, so he would know how to introduce himself. Thomas had the pleasant talk to get to know the company. He didn’t know squat. He knew certain things from the files. He knew how big the company was, so he knew what he could ask. His price depended on the size of the company. Big companies could afford more, so they paid more. Small businesses only had a small budget, so they paid less, but got the same product as the bigger companies. It was a fair system, and he always got the fee he wanted. He didn’t have a website, although he was in IT. He worked on referrals only. He never was without a job. This file seemed interesting. He had the front of the building, but normally it had a logo, this one didn’t. It was a big white office building. It could probably hold 2000 or more employees. He saw one door, a few windows but didn’t see the signs of a production company. It seemed like a challenge.

He had a ritual everytime he met a client. He would order a new lock. A lock he had never heard of before (or his secretary would write to a lock producing company to ask them for one of their most secure locks. Off course, in return they would get the time it took Thomas to pick it.) He always timed himself. He loved the dexterity of the picking. No lock was ever the same, always needed a different touch somewhere in the lock. Like a woman, no lock was ever the same and needed to be cared for differently, but eventually, like all women, it would open up to him. This one, seemed old, like it used to hang outside a graveyard. Big key. Rusted. His usual tactic of going in with a bobby pin didn’t work. He had to use other tools. Something distracted him. Something reminded him of home. A faint smell. The smell brought back how he had met his wife. She was a secretary of one of the businesses he had to get in to. He had put on his nices suit, took his fake porshe carkeys and his fake file. Rubber ducky in his pocket. His standard tool to get into the computers. She looked right through him, from the beginning. It had never happened to him. So he had to confess and told her all about the contract, as he was obliged to do, otherwise the cops would be there pretty quick. She also was obliged not to tell anyone. He had asked her out, she said yes. She must have been intrigued by what she saw. Something in him. But it was her perfume that he smelled now. She quit working for that company after his gig. They married approximately 2 years later. It was fast. He usually took things slower, courted his girlfriends a bit, took them on amazing outings, free cinema, free restaurants, just by talking his way into them. After a few of those outings, he would show them whom he really was, most of them bailed. They coudln’t stand the real him, but his ex-wife had seen the real him from the beginning. She told him that something gave him away, gave away a much gentler guy than he had tried to show her at the desk. He loved her eyes. Big. Greenish with yellow spots, if you looked close enough. The doorbell rang. 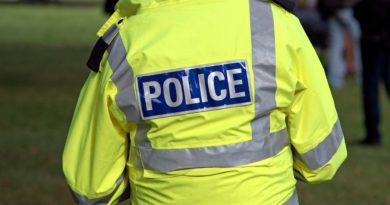