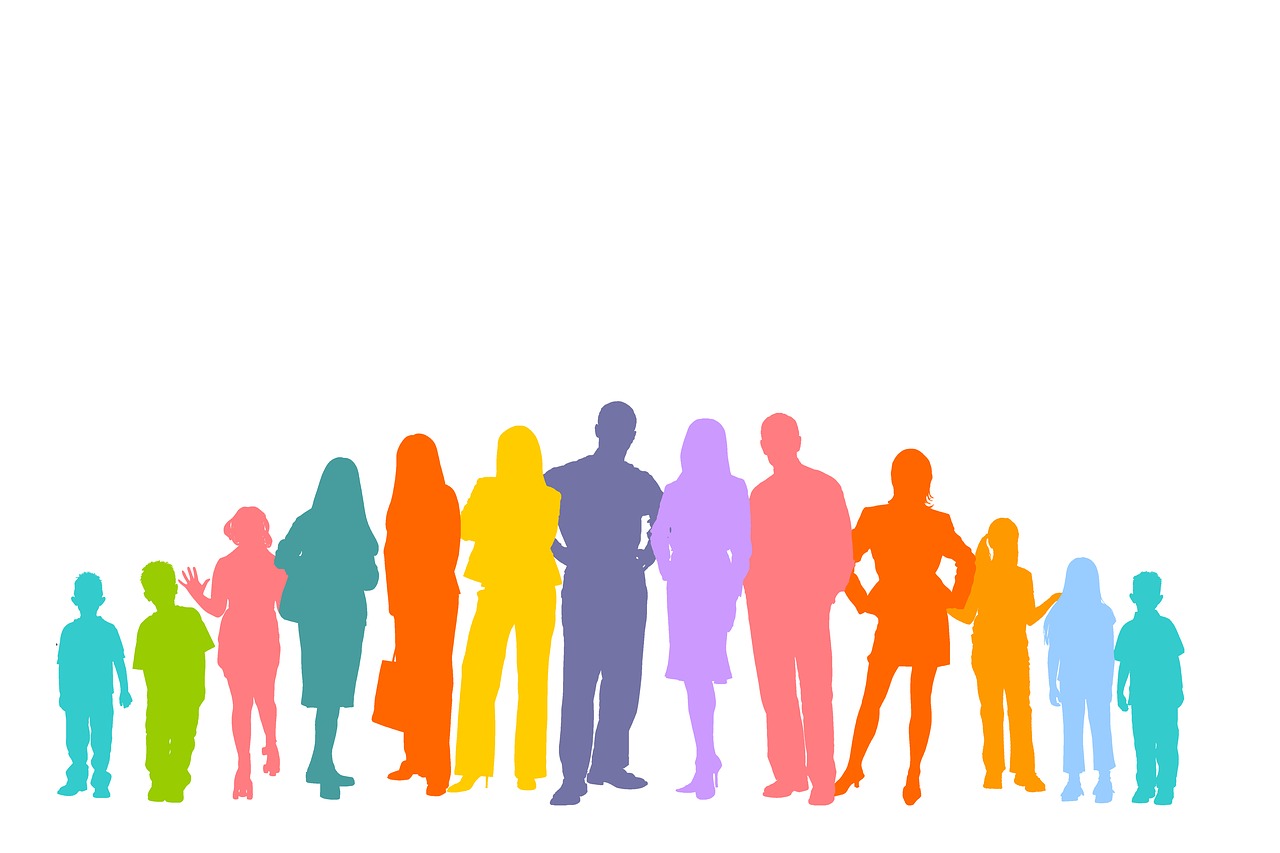 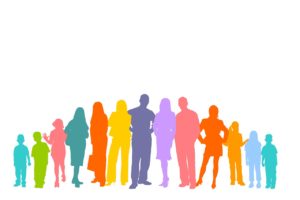 Autism myths are annoying for everyone. First for autistics themselves. We have to write the same things over, and over and over. Ad infinitum. It get boring pretty quickly to type the same information each and every time the topic of autism flashes before my eyes.

Autism awareness is a beautiful thing. More people know that we exist. Most information out there are misinformed pieces written by neurotypical parents about their kids and so, we are in dire need of some good information about autism. So here comes some autism mythbusting.

This is a myth that affects not only us daily, but also those that can’t be vaccinated because of conditions. Diseases that were practically eradicated have flared up again and are now a global epidemic once again because of one doctor and his tampering of research. I hate the folks that still believe vaccines cause autism and call us vaccine-injured (yes, I had this happen to me. it’s difficult to keep your cool in that discussion).

Here is a good article that dispels that myth in great detail. (https://thelogicofscience.com/2016/04/28/vaccines-and-autism-a-thorough-review-of-the-evidence/)

Most information you read and hear about is about children. This is because most autism warrior parents dominate the stage and talk about how grave their life is with an autistic in their midst. And still… Here we are. I personally know autistics that are 40-50 years old. Some even older. I was diagnosed at 29, a few months before my 30th birthday. This to proof that autism is a lifelong something. Most diagnoses happen in adults, after a long search for their identity.

This is one of the first things they ask: “what can you do?” like I am some kind of super hero. Some autistics develop savant skills. One thing I am good at is magic and mentalism. I am not an expert, but I can watch a magician and reverse engineer his effect with the obsessive knowledge I accumulated over more than a decade. I can’t draw in perfect detail. I can’t play music (except a few notes of Satisfaction by the rolling stones on electric guitar). Most Aspie Supremacists will give you an extensive list of things they see as their skill that they have thanks to autism and also the highlight on autistic savants keeps this myth alive, but actually it is what it is. A myth. We are only human.

I went to a normal school and scored average points (although in some things I was better than my colleagues.) During my autism testing I was told that I could have studied in a higher level than I was in during my schooling, if only they had told me sooner. This is anecdotal evidence, but I know enough autistics that have no learning disability whatsoever. They all went to a normal school, had normal results, finished their schooling together with their peers. Yes, there are autistics with comorbid diagnoses, but these are what they are. Comorbids. They shouldn’t be seen together as if it was caused by autism, because it wasn’t their autism that gave them the intellectual disability, otherwise all autistics would have them, which is not true. Not being able to use their mouth to communicate is not a sign of no intelligence. Look at Niko Boskovic for an example of a young man whom doesn’t use his mouth parts to communicate, whom is very, very intelligent.

I talked about this with my counselor. It’s not that we, autistics, don’t go out often, that we are anti-social. It’s not because we don’t actively go out looking for social contact, that we are anti-social or are lonely. We just don’t feel the need to socialize that often as neurotypicals, but whenever someone comes over to visit, I will sit with them and talk with them. I don’t retreat in my room or ignore them the whole time. I just don’t have the need to go out and meet people everyday, because that would quickly become overwhelming. I think most autistics feel this way. Wanting to be alone is not the same as loniless. The same is true for not wanting to go out and meet people all the time as being the same as being anti-social.

Myth number 6: Autism can be cured

I have removed someone whom told me that autism could be cured. He asked me to stop spamming his IM on facebook with articles that were of better research that proved him wrong. I could refute every claim he made, and eventually had to remove him. Autism can’t be cured. I want to meet someone face to face whom tells me this and what cure they suggest. It’s been a while since I’ve been in a physical confrontation. Chellation is one suggested cure, which is basically diluted bleach inserted through the anus, which is said to cure autism, but slowly tortures autistics and destroys their bowels. Another suggested cure or therapie is ABA. ABA is invented by Lovaas (although ABA practitioners will wrongly attribute it to Skinner). ABA uses techniques that are used to train dogs with a surplus. They use electricity often (as by Lovaas’ cattleprod) and often will hit the autistic or take away items of their interest to get them to comply. It will make them comply, but it won’t cure their autism. It destroys the child to make it more manageable for the parents. Most autism warrior parents are in favor of ABA (No surprise there).

Myth Number 7: Only boys are autistic

I will counter this one easily: on my twitter feed I see more posts by female autistics than by males. Case Closed. (except that most autistic females are misdiagnosed with other conditions before being rightly diagnosed as autistic. Their search and diagnose of their true identity is a long and tedious struggle. Most “experts” of autism that are gatekeepers to a diagnose, use outdated criteria and often oversee females in this diagnose as most outdated criteria are entirely male-centered).

This is a myth sent into the world by Kanner and Bettenheim that the mother is to blame for making their kids autistics in the “refrigerator mother” theory, which still haunts women today. They still blame themselves for their kids autism thanks to more myths that circulate (but I can’t list them all, because that would be to much work), there are theories that stress during pregnancy causes autism, or the women’s age during conception.

I think this shame is the cause for autism warrior parents, because moms blame themselves for their kids autism and want to eradicate it, so they want to undo their mistake and make their child normal, which brings us to the next myth.

This is a myth that is overdue as well. If we have no empathy, how do you explain the fact that we care for animals and other human beings? Some of us have a comorbid (if you can call it that) which is Alexythimia (I have it), which makes emotions difficult to understand and recognize in ourselves and others. I think this is the basis for this myth. Yes, I will have difficulty understanding your emotional state, but if I see a negative emotion that I do understand, I will do everything I can to make you feel better. Most autistics have to much empathy and will shutdown or have a meltdown when they can’t handle it anymore. Some of us are depressed because of the state the world is in now and how humanity is doing. We are helpless but we want to help and get depressed because we can’t.

Because of a lack to put it in a better sentence, I put this last myth like this. How does an autistic look? This is something we get very, very often. The same as: “you don’t look like… (an autistic they know)”. Which means that we might have in their eyes, a better way of functioning. They don’t see our day to day struggles. They only see a snapshot of how we behave, or are on our best days online. If they really would live beside us, they would see that we are not that difficult or that we really are autistic (as if our diagnose isn’t prove enough). The fact that most laypeople have no notion of autistic culture or how diverse autism is, they don’t know what autism can be and don’t know that what I am for example, is also autistic. This is also in line with “everybody is a little bit autistic”. No, certain traits can be seen as being similar to autism, it isn’t autism. The same as having diarrhea (sorry for the graphics) a few times and exclaiming to a person with a bowel disease that you had what they have (I had this happen to me… just No!). You wouldn’t say that everyone has a little bit of cancer in them (to a person diagnosed with cancer), or everyone’s eyesight gets worse over time (to a blind person), the same is true for autism.

I believe in curing autism by Adam Michael 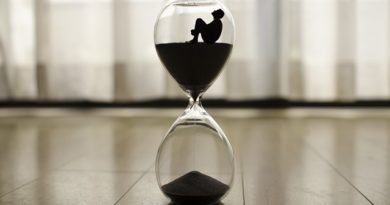 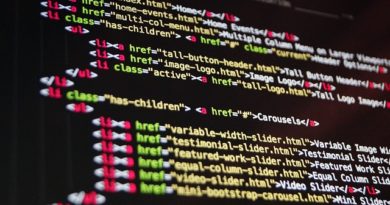 How it feels: Scripting

Een gedachte over “10 autism myths and causes of autism”